What is the prestigious history of this villa?

The Fleur du Cap is one of the emblematic villas of Saint-Jean-Cap-Ferrat. Originally named Villa Socoglio by its owner, after its construction in 1880 it has known illustrious occupants.

First of all, the Duchess of Marlborough, the cousin-in-law of Wiston Churchild, who will become a regular at Hotel Royal Riviera. Then Leopold III, king of the Belgians, successor and nephew of Leopold II, who also had many residences in Saint Jean Cap Ferrat. It is said that Charlie Chaplin also stayed there for a week, as well as at the nearby Royal Riviera. It will then be occupied by David Niven, the famous actor of Pink Panther which earned him the nickname of Villa David Niven for many residents of Nice. Grace Kelly, a friend of David Niven, will have dined at numerous occasions with the Prince of Monaco. 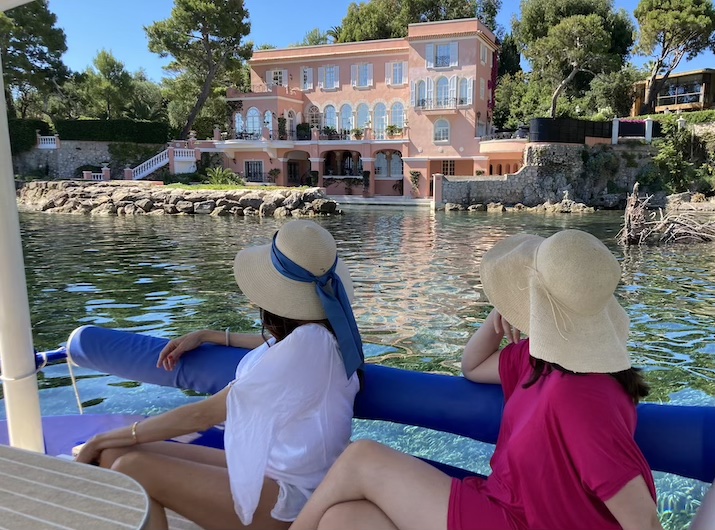 But few people know the fairy-tale story of her current owner Ana Tzarev. It all starts in a small town in the former dictatorship of Marshal Tito. A young Yugoslav get married with, Robert Chandler, an inspired businessman from new Zealand. The entrepreneurial couple managed to develop a chain of 10 retail stores. The story goes that at that time Madame Tzarev kept a picture of David Niven's Villa in the family bathroom. She was commenting on this picture to her children telling them it was the house of her dreams. After reselling their store chain, the couple moved to Monaco. Of his 3 children, 2 will become very wealthy financiers. They decided to offer their mother the villa she had always dreamed of.

To learn more about Ana Tzarev's artistic work, here's an AFP repport on Youtube shot in her villa La Fleur du Cap in Saint-Jean-Cap-Ferrat. You can also discover the work of the artist on her Art Gallery.

How to estimate the price of David Niven's villa?

According to the inhabitants, when Hjördis Genberg, David Niven's widow, put the Villa up for sale, its price was estimated at around £10 million, we were in the 1990s. According to the government open source site Etalab, a villa of similar size, in Saint-Jean-Cap-Ferrat, directly overlooking the sea, sold 27 million euros in 2015. La Fleur de Cap certainly benefits from a significant added value compared to this average price, given its prestigious history and its private port.

We leave it up to you to estimate the actual current price... Your estimate will remain very affordable, compared to the villa of Paul Allen located a few meters away! But that's another story!

Why the Fleur du Cap is one of the emblematic villa of the Côte d'Azur?

Just sail off the villa to understand how this place is one of the most beautiful of the Côte d'Azur. Located at the end of a small cape it benefits from a private harbor. It is surrounded by cristal clear waters and its park is embellished with a pergola. At the end of the garden is the formidable cape of 'Rompe Talon'. A famous rock in case of storm because the few waves in the area break. This is a spot that surfer particularly likes. 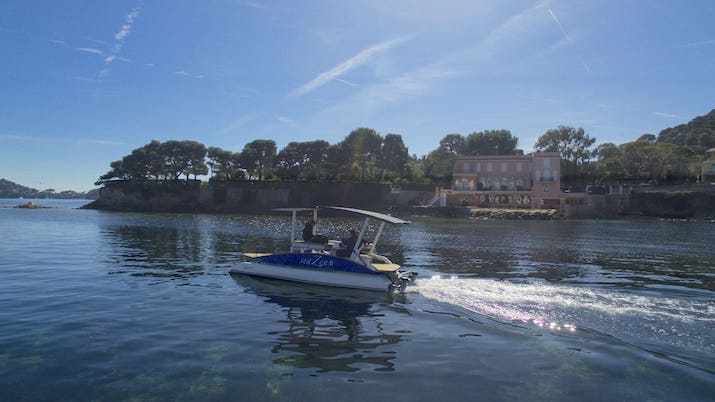 As ambassador of the Côte d'Azur France brand, seaZen favours a courteous and responsible approach to tourism. For villa lovers, here are the most sumptuous palaces on the French Riviera.