Many visitors ask us to explain the presence of so many Russian yachts on the French Riviera. Trying to answer it, we propose to go back to the archives of Villefranche, where many inhabitants evoke with nostalgia the presence of a "naval base" in Nice county which sheltered the imperial fleet of the Czar more than 160 years ago. Then we suggest a parallelism with the contemporary period.

A bit of diplomatic and naval history

After the Crimean War, the Russian Navy is forced to dismantle its bases of the Black Sea. But Russia wants to maintain its influence especially with respect to its ties in the Balkans and Orthodox Greece. Thus the Tsar obtained the signature of a lease with the Kingdom of Savoy in 1858, to settle in the harbor of Villefranche. It was just 160 years ago!

Another major change for the Imperial Navy after the defeat of Crimea was to catch up on the technical lag by switching from sailing navy to steam navy. 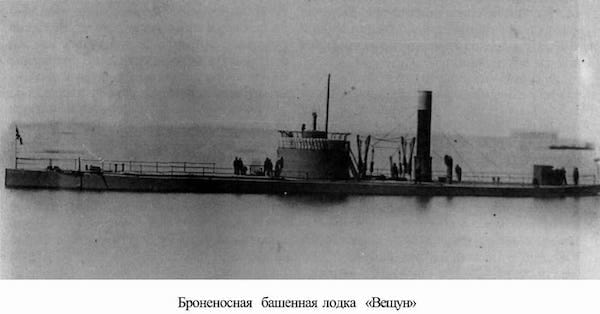 The first Russian steam battleship, from 1865, is a floating battery

Two years after signing the lease, the County of Nice became French. The lease is extended by Napoleon III who has good personal relations with the Czar. Finally, at the fall of the second empire, the French Third Republic extends the lease too.

Thus, for nearly 10 years, it has been almost always 3 to 5 Russian ships that anchor in the Bay of Villefranche.

It was not until 1884 that the "naval base" was definitely closed. Indeed, the Tsar finds full access to the ports of Sebastopol and Odessa with the help of his Prussian allies. Moreover at this time the Russian Navy wishes to become the 3rd world maritime power after England and France. Many ships will be built in Western Europe in order to enhance the Russian naval industry quickly.

There was no longer any military interest in maintaining premises in Villefranche. The facilities are being transformed by Russia into an oceanographic institute. It will be necessary to wait until 1937 so that the Institut de la Mer de Villefranche is finally attached - and financed - by France.

Today the Russian Navy still has access to the Eastern Mediterranean with the Syrian port of Tartous.

Nice Côte d'Azur becomes an influent place to be

The establishment of coal storage buildings, food and a hospital for seafarers was particularly appreciated by the local populations who benefited from this economic contribution. Not far from there, the entourage of the Tsar came to stay many months in Nice or Villefranche to celebrate sumptuous feasts with the notables and also doing works of charity.

At the same time, the Russian community of Nice will build Orthodox churches, including the magnificent Orthodox cathedral, which is considered the most beautiful outside Russia.

Nice will also inherit many sumptuous villas such as Château Valerose acquired in 1867 by Paul Grigorievich baron von Derwies. All the students of Nice know this castle, because it will be returned by Nice to his university in 1950.

The super yachts are today's Russian fleet of the Côte d'Azur

There is no longer a Russian navy in the Western Mediterranean, but it is tempting to make the parallelism between the presence of super-yachts and the Russian influence on the Côte d'Azur. 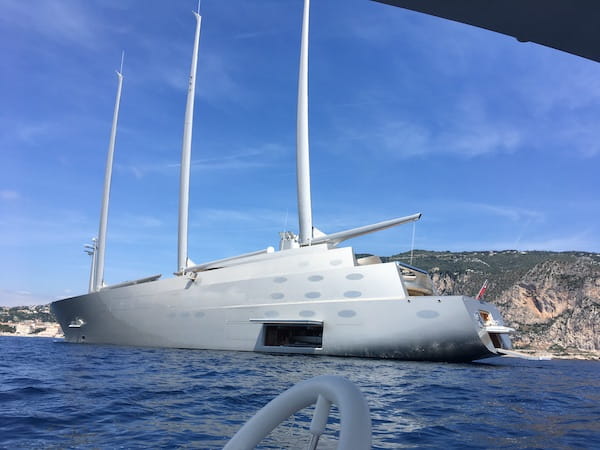 Is the Sailing Yacht A a reminiscent of the Russian imperial navy of the early nineteenth century?

Many of the largest yachts in the world are owned by Russians and have been built in Western European shipyards as before. The most famous of the Riviera heartland are the Sailing Yachts A, the yacht A, the Blade, the Eclipse, the Grand Bleu or the Dilbard. These yachts contribute to the economic activity of the coastline while mooring, for example in the bay of Saint-Jean-Cap-Ferrat, entre Nice et Monaco. It is certain that these yachts still represent a tool of influence. They welcome distinguished guests who particularly appreciate the Côte d'Azur for its setting and its particular history that we have just presented.

WHAT ARE THE MOST OUTSTANDING YACHTS TODAY?

Would you like to enjoy the coastal views from the sea like the Russians? The good news is that you don't have to join the Russian navy, which was one of the toughest in the world during the Tsar's time. You don't have to be invited on a yacht either, as few are chosen. And yet, yes, you can take a sea tour on a ship that will be admired when you sail! You can sail on a motor catamaran powered 100% by solar energy that sails silently and odourlessly. Ahead of all the world's navies, SeaZen is the second French company to have been awarded the prestigious 1000 Solutions Efficiences label by the Solar Impulse Foundation, chaired by Bertrand Piccard. On board a solar boat, one hour is enough from Beaulieu-sur-Mer or Juan les Pins to feel the spirit of the French Riviera. And if you own a boat, you can also convert it to electric, called Retrofit, and you will have the opportunity to change the world of boating.