In tribute to Roger Moore, who passed away on May 23, 2017, seaZen sails in the wake of the TV show The Persuaders. This series of 24 episodes was filmed between 1971 and 1972 in Nice, Saint-Jean-Cap-Ferrat and Monte-Carlo. The two heroes of the series have very different characters, we have on one side the very distinguished British Lord Brett Sinclair interpreted by Roger Moore and the other the self made American man Danny Wilde interpreted by Tony Curtis.

This new article of our Route du Cinéma allows you to discover, the cult places of the Côte d'Azur from the sea.

Do you remember the cult credits from The Persuaders?

The composer John Barry created the famous music of the credits that we propose you to review or re-listen.

Credit of the TV show The Persuaders, with Roger Moore & Tony Curtis

Where was the chase between Roger Moore and Tony Curtis?

The car race of the opening episode takes place between Nice airport and the Hotel de Paris in Monaco. The passage on the corniche between Beaulieu-sur-Mer and Eze village is perfectly recognizable at the passage of the viaduct. Since the cars have somewhat evolved. No doubt this would be a race of electric cars, Tesla versus Taycan that we would see today.

What is the most famous scene toured at the Hotel La Voile d'Or?

The scene of the credits, where Bret Sainclair and Tonny Curtis turn after the passage of a young woman happens in Saint-Jean-Cap-Ferrat. We are at the Hotel La Voile d'Or, a 5-star hotel that was sold in 2019 to be transformed into a Palace. All the scenes shot in this hotel are in full in the opening episode of the series, including that one taken in the credits of the series. 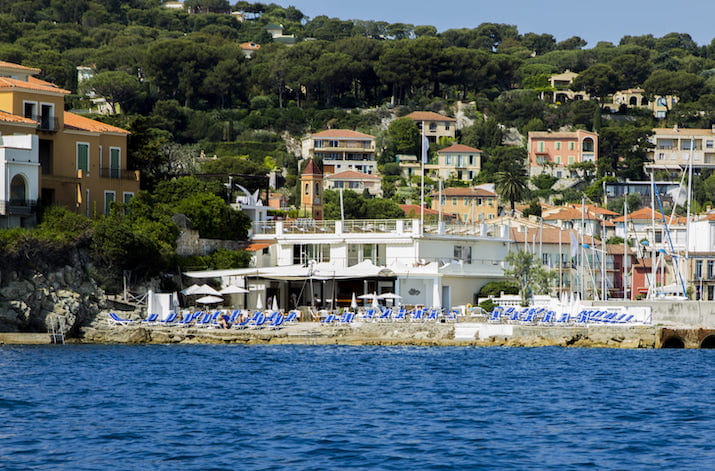 Can we imagine a remake of the motorboat race?

Our heroes, with opposing educations, share the same taste for elegance, performance and avant-garde trends. By that time they used to practice water skiing, a very trendy activity in the 70s. Thus, we see them in the credits, towed by powerful motor boats of this time, greeted friendly.

Changing times, let's imagine how the sequence could have been shot if they had known about solar yachting. We'd probably be on hydrogen-powered electric boats like we see every year in the Monaco Solar & Energy Boat Challenge.

What role should luxury yachts play in a 21st century scenario?

It's a good bet that big luxury yachts still inspire screenwriters today to host the base of a super villain. It is not absurd to imagine that our heroes could have used a solar-powered boat. This type of boat can glide in absolute silence, undetectable because it does not emit exhaust fumes.

One of the largest yachts on the French Riviera discreetly approached by a solar boat
Listen to the video with sound until the end! © seaZen 2018

Let's imagine at night our heroes approaching silently the mega-yacht. The Wifi connection on board is enough to break into the secure networks of the villains' yacht, and save the world!

You, too, can make our planet even better and for real! As more than 3500 visitors, seaZen makes you discover the French Riviera differently!