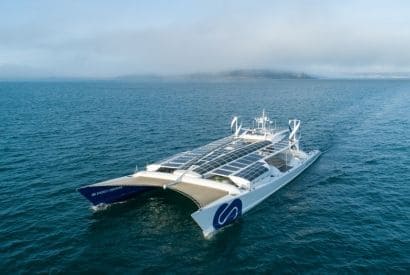 Ship of the future - Energy Observer with hydrogen, wind and sun
Read more ...

How did Monaco become the cradle of solar sailing?

With a solar passenger shuttle, a solar sailing boat in its harbor and a pioneer access to the SeaZen Boat Club, Monaco naturally becomes the reference for solar boating.

What is solar yachting? How did the principality facilitate the emergence of this activity? We offer a retrospective of the main events that contributed to this success.

An impetus to mobilize the public interest

We must first pay tribute to the involvement of Prince Albert of Monaco in demonstration projects that have helped mobilize public interest in solar energy. Thus, at the inauguration of the Solar Impulse Control Center, on 10 February 2015, Prince Albert II of Monaco announced that:

"This project helps to demonstrate that the new low-carbon economy the world needs, is now possible, if one enters with passion"

Planet Solar, with 540m2 of solar panels has demonstrated in 2012 that a boat can go around the world with simple solar panels that one finds in stores. Solar Impulse demonstrated in 2016 that it is now possible to design a revolutionary aircraft to travel around the world in total autonomy. Unlike Planet Solar, only a pilot can sail aboard the plane which is a feat. The Solar Boat Challenge, is the race of solar racing cars at sea. These prototypes from all over the world are built by academics. They start planning quickly so as to reach speeds unmatched until then in solar autonomy. The next Monegasque edition will take place on July 14 and 15. The whole team of Suncy Concept and seaZen invites you to support the riders at the exit of Port Hercules from the pier Lucciana.

Designing popular demonstrators is one thing, but switching to operational access for the public is another. It is this step which is being made naturally in Monaco and which seems to us particularly remarkable.

The solar sailing is accessible to daily life for the Monegasques

Far from the image of powerful motor boats with thermal engines, solar boating naturally took its place in Monaco. This birth was carried out without noise, like solar boats do, thanks to initiatives often private, which demonstrates as evidence the maturity of these solutions.

First there is the solar shuttle that connects the two ends of the port from 2 € / passenger.

There is also the solar boat Suncy19 that you can see Port Hercule. Recognizable by its photovoltaic roof, the Monegasques often see him leaving the harbor to anchor in Roquebrune. Operated by Suncy Concept, it is used for communication with both professionals and the general public.

There is also the SeaZen Boat Club accessible by Click & Go Access. The Click & Go access developed by seaZen brings to the solar boat what the company Mobee brings to car users in Monaco: on demand access without intermediaries, with online booking. It brings the advantages of the ownership without the hassles. SeaZen also operates on the Suncy19 while being based in Beaulieu-sur-Mer. It allows Monegasques to anchor in the creeks perfectly adapted to solar navigation between Monaco and Nice. 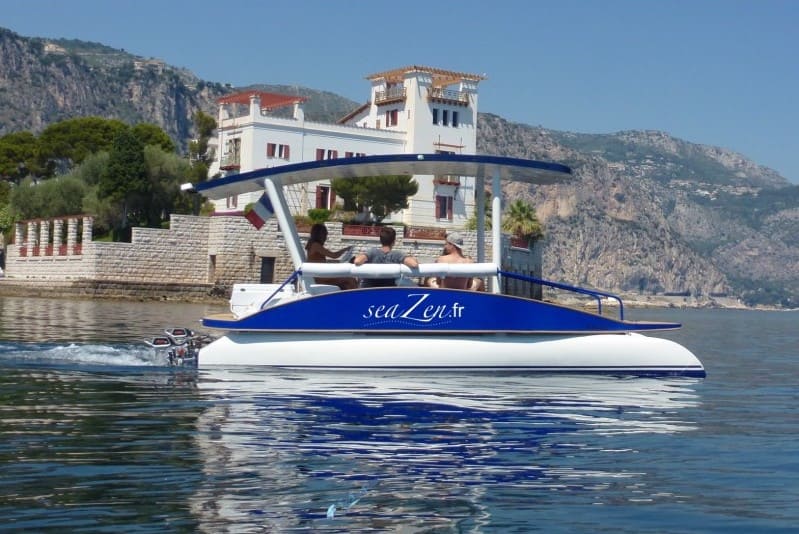 How to discover solar sailing?

It is no coincidence that Monaco and more generally the Côte d'Azur with its exceptional sun are the natural cradle of solar Yachting. Solar Yachting is simply a new alternative to sailing or motor boat. Numerous deployment projects are being studied on the coast and internationally. The public is expected this summer to discover seaZen®. One may choose between several complementary offers such as the 1 hour boat tour with skipper or boat rentals without licence including a 1 hour initiation training first.