The One Planet Summit to Make our planet great again

The analysis by economists

The development of oil, gas and coal energy must stop in order to avoid the worst ravages of global warming, 80 top economists said Thursday, days ahead of a climate summit in Paris.

"We call for an immediate end to investments in new fossil fuel production and infrastructure, and encourage a dramatic increase in investments in renewable energy," they wrote in a declaration.

The December 12 One Planet Summit organised by French President Emmanuel Macron -- with 100 countries and more than 50 heads of state attending -- will focus on marshalling public and private money to speed the transition toward a low-carbon economy, especially in developing countries.

But boosting renewable energy such as solar and wind is not enough, the economists warned.

"President Macron and world leaders have already spoken out about the need for an increase in finance for climate solutions," they wrote.

"But they have remained largely silent about the other, dirtier side of the equation: the ongoing finance of new coal, oil and gas production."

Many new fossil fuel projects already in the pipeline "will need to be phased out faster than their natural decline," they added.

"The science is clear: if you look at the known fossil fuel reserves in the ground, you simply can't burn all that without making a different planet," said James Hansen, long-time director of NASA's Goddard Institute for Space Studies.

The shift from "brown" to "green" energy is further hindered by oil, gas and coal subsidies, which totalled nearly half a trillion dollars (470 billion euros) in 2014, the International Energy Agency has calculated.

"It is time to stop wasting public money on dirty fossil fuels and invest it instead in a sustainable future," said Tim Jackson, a professor at the University of Surrey in Britain.

A real and pleasant approach: invest in solar boat training

Considering the issues, it is hard to believe that we can do anything concrete at the individual level.

Since June 2016, SeaZen has been cruising between Nice and Monaco. As a result, 0 kW have been consumed on the electric grid. 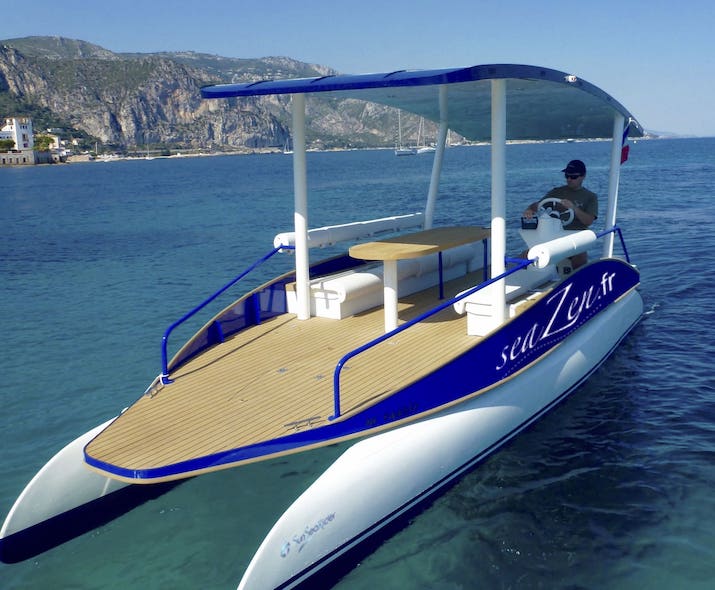 Thanks to the seaZen Academy the boat club members can rent a license-free boat while enjoying a Zen, elegant and environmentally friendly boat trip.

On everyone's level, it might be much easier to get started with solar sailing.

Once he has invested in a training, a Nice boat club member can use a solar boat like its own one starting from Beaulieu sur Mer. He benefits from a Click & Go access even off season.